Rosario plays piano and loves drums and rhythm in general.

His music is a synthesis of jazz sounds, elements of prog-rock and cinematic sound textures, as well as classical melodies and counterpoints.

The entrance of Rosario into the world of music occurred around the age of 10, due to a gift – a Bontempi melodica – from his father who is a passionate – though not professional – musician. On that keyboard he began to compose his first “noises”.

In the same period (1990-91) Rosario enrolled in the marching band of his small village (Centuripe, Sicily, Italy). He played the saxophone. This experience gave him the chance to learn how to sight-read and how to play with other musicians, while earning some money. In a certain sense, he was already working as a professional musician.

He kept on playing and studying both instruments until the age of 21. Those interests led him to different kinds of music and situations. For example he performed with the sax both in symphonic and religious contexts – even for funerals – while at the same time he played keyboards and drums in rock, metal, pop and prog projects (it’s important mentioning the intensive experience with the Dream Theater tribute band).

This was his relationship with the world of music until the piano took over (his main instrument).

At that time he also showed some passion for psychology – which would have led him on different routes if chosen as a career- but the piano and the music once again prevailed.

After discovering Chick Corea, Keith Jarrett, Bill Evans and Bach – and being moved by their music – Rosario first enrolled at the University of Music and then at “Saint Louis College of Music” in Rome, attending  jazz piano and arrangement courses for 3 years. The main masters – and great musicians – of the college were: Riccardo Fassi, Andrea Beneventano, Pierpaolo Principato, Claudio Colasazza and Roberto Spadoni, as well as Gianluca Podio teaching film scoring techniques.

Those years were full of practice, jam sessions and musical apprenticeship. He ended up winning a scholarship for “Siena Jazz” High Specialization Seminars in 2005.

Since he was also attracted by an university career, Rosario enrolled at the University of Enna “Kore” in 2006 where he obtained a master degree in Music Disciplines in 2010. For the same university  he held a conference-concert entitled “Music and cinema”. In the meantime, the impulse for creativity and musical composition was becoming more and more strong, which led him to the release of his first piano solo album called “Mediterraneo”.

Coherently with the name of his release, in 2008 Rosario started working as a pianist on MSC cruise ships. This experience allowed him to meet many good people. One of them is Frank La Capra, a traveling companion, excellent musician and human being, with whom he recorded in 2016 – with Pasquale Fiore on drums – the album “Overboard”. This title represents a counterpoint to the period spent “onboard” together.

Those years were particularly intense for Rosario. He was studying at university, working as musician and traveling at the same time. A short but glad parenthesis: at that time he spent some months in Genoa working as a resident pianist at “The Crooner Swing Club” (2011).

In 2012 he met another important person for his career, William Grosso. The following year their collaboration took them to the Black Theater in Duarte (Los Angeles), where Rosario received the “Music Appreciation” from the mayor of the district. With William, he worked at an ambitious project entitled “L’Opera è Jazz”, which has been released as an eponymous album in 2019.

Over the years Rosario has attended some masterclasses (with Enrico Pieranunzi, Gianluca Podio, Dominic Miller) and also a music therapy course with Prof. Fulvio Rusticucci (Rusticucci Method for children: a “philosophical system” of teaching music).

In the field of pop Rosario has worked with several artists, as arranger and pianist.

Rosario’s “closet” is full of original compositions, partly used and partly not.

We recall here the compositions for silent movies, made during the European Festival Strade del Cinema (Aosta, Italy) in 2006 and 2007: “Feet of mud” with Harry Langdon, “His royal slyness” with Harold Lloyd,”In the park” by and with Charlie Chaplin.

Rosario is a passionate and versatile musician. He considers himself as and endless “scholar”, always between the practice and the theoretical study of music. He has always approached art in a transversal way, with a free and curious spirit. To him art has no limits or barriers of any kind.

The latest music and life experience that he made is the one relating to the French period. Thanks to the partnership between Università di Palermo (where he had enrolled the year before) and Sorbonne Universitè, in 2017 Rosario moved to Paris, which has always been a dream for him. In 2018 Rosario got graduated in Musique et musicologie.

The high level of both academic education and musicians around the city were a strong incentive for him to do more and better day by day. The jam sessions, the concerts and the university researches gave Rosario the inspiration for the essay “The jam session as an interpretative model of jazz”, which later became his final thesis. In this regard, he had the chance to meet Mr. Laurent Cugny (musician and Professor at Sorbonne University) and Mr.Vincenzo Caporaletti (musicologist). This crucial meeting opened in Rosario’s path a passage towards new fields and new meanings of music.

The cosmopolitan environment of the French capital also extended his cultural experience on a musical point of view, expanding the already existing variety in Rosario’s perspective on music.  The music that Rosario composes today is certainly influenced by the energy and the movement of those years, but it is mainly the result of all the things reported in this story. Rosario’s kind of music looks at the world with the curious eyes of a child, without judging and remaining true to itself. Forever. 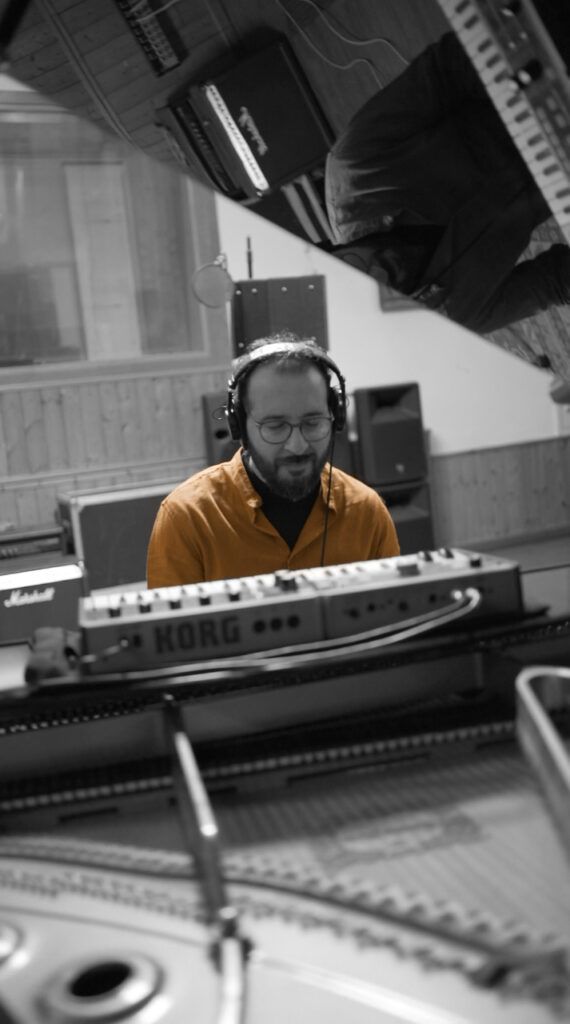 Hei folks! Here one of my favourite drummers. Yest

Hi friends! I'm so proud to know that my new singl